Mykonos is one of the most famous and visited islands in Greece, known for it’s wild nightlife, pristine beaches, fine dining restaurants and luxurious resorts. The island is full of traditional whitewashed houses, blue-domed churches and traditional windmills. Mykonos holiday is an experience of a lifetime!

The best time to visit Mykonos for your holidays is from June till August, when the weather is hot and the sea is warm. However the island, during this period is extremely crowded with visitors, especially in July and August.

If you want to enjoy the island more and choose your place on the beach, the best time to visit is mid-May through June and September through mid-October and the weather is usually warm and sunny enough to enjoy the beaches.

Mykonos has countless hotels, studios, apartments and rooms for rent, but is one of the most expensive islands. Great accommodation can be found in and around Mykonos Town and the nearby beaches of Platis Gialos and Ornos.

If you love parties you should stay near Paradise, Super Paradise, or Paraga Beaches. Other areas like Agios Ioannis, Agios Sostis, Elia, Psarou, or Kalo Livadi Beaches are suitable for a more relaxing holiday.

Book your stay in Mykonos using the map below or visit booking.com

Things to do in Mykonos

Visit the Windmills, one of the most recognized landmarks of Mykonos, offering a splendid view on Little Venice and is the most popular place to watch the sunset. Little Venice situated to the west of Mykonos Town is famous for its picturesque medieval two and three storey houses with colourful wooden balconies, which stand like a wall above the sea. Little Venice is one of the most beautiful and romantic places in the whole of Mykonos and offers a fantastic sunset.

One of the most impressive and most photographed church on the island is Panagia Paraportianí, a whitewashed church made up of four chapels at ground level with another one above, located in the Kastro district, the oldest section of Mykonos Town.

The Archaeological Museum of Mykonos exhibits a large number of vases, ranging from the prehistoric to the late Hellenistic period, grave statues, stelae and funerary urns from the nearby island of Rheneia (Delos’ necropolis). Admission is €2.00. The Folklore Museum is housed in an 18th-century sea captain’s house, bringing together a number of collections of furniture, icons, pieces of sculpture, folk musical instruments, costumes and textiles. Admission is €2.00. You can also visit Lena’s House Museum, the Agricultural Museum and The Boni Mill, a 16th century windmill, overlooking the town.

Book Tours and Activities in Mykonos via Viator:
All Tours & Activities

You can go shopping in the fabulous little boutiques, with exclusive name brands, outstanding Greek jewelers, souvenirs as well as works of art. Mykonos is home to a large artists’ colony, so there are a number of fine galleries offering original works. Most shops are open seven days a week, but will be closed from 2:00 PM to 5:00 PM. Many tourist shops will remain open late into the evening.

You will also find the shops you need to fill all your basic needs and comforts, if you rent an Airbnb. There are mini-markets, green grocers, butchers, kiosks, bakeries, liquor stores, supermarkets pharmacies, dry cleaning, bookstores, photo and electronics shops. 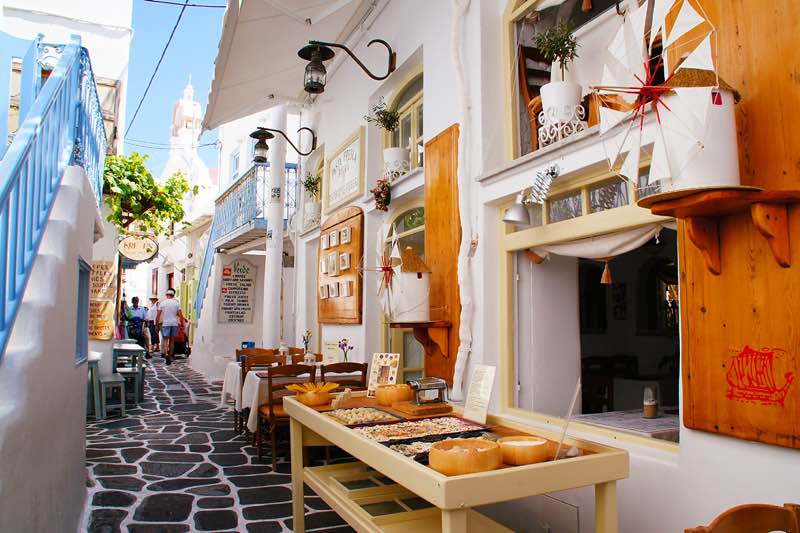 Most beaches in Mykonos are well organized with sun beds and umbrellas, beach bars, restaurants and water sports. The best beaches are found on the southern coast, which gets extremely overcrowded during peak season.

Paradise, Super Paradise, and Paraga Beaches are the main party beaches, Ornos and Platis Gialos are great for families and couples and Kalafatis beach is ideal for windsurfing and other water sports. The beaches on the northern coast of the island are less organized and ideal to enjoy some calm and private moments. Nudism is frequently practised on many beaches.

Below are some of the best beaches on the island: 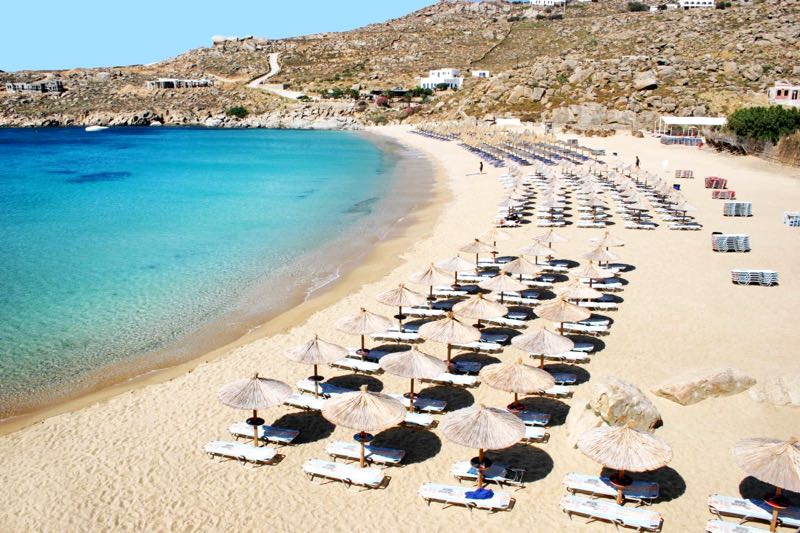 Where to eat in Mykonos

Mykonos Town has most restaurants on the island. There are various gyros and souvlaki shops to eat quite well for just a few euros. You can have good Greek food at reasonable prices, but there are also many expensive restaurants. Almost all restaurants post their prices on menus at the entrance, so you can have a look and choose according to your budget.

Restaurants facing the harbour or the sea, especially in Little Venice, tend to have significantly higher prices, because you are also paying for the location and the view. Restaurants in the streets deeper in the heart of town tend to be more reasonably priced.

Visit some of the top restaurants in Mykonos from the list below: 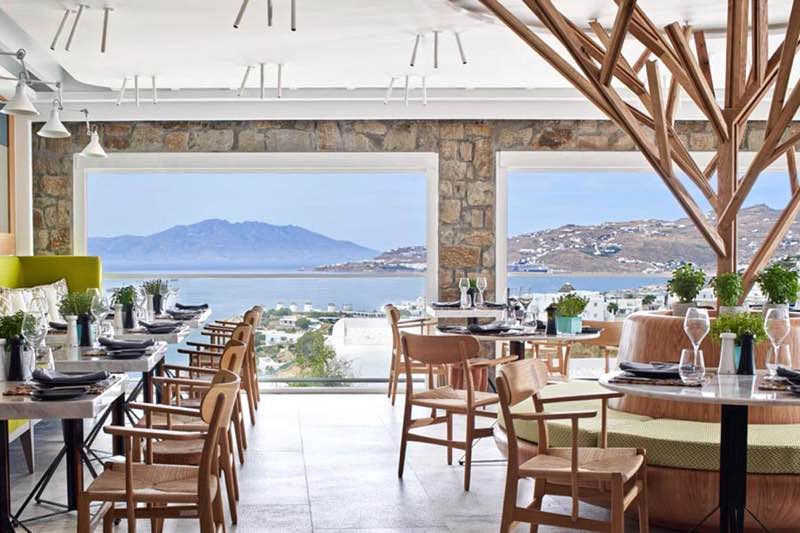 Mykonos is often dubbed the Ibiza of Greece and is well known for its vibrant and dynamic nightlife and beach parties, with a number of elegant nightclubs and beach bars, some of them attracting world-famous DJs. One of the most famous clubs in Mykonos is Cavo Paradiso, located on Paradise Beach, a major player in the night scene, attracting thousands of people every summer.

In Mykonos Town you will find the relaxing waterfront bars of Little Venice, with overpriced cocktails in the evenings.

Check some of the most popular Bars & Nightclubs in Mykonos below: 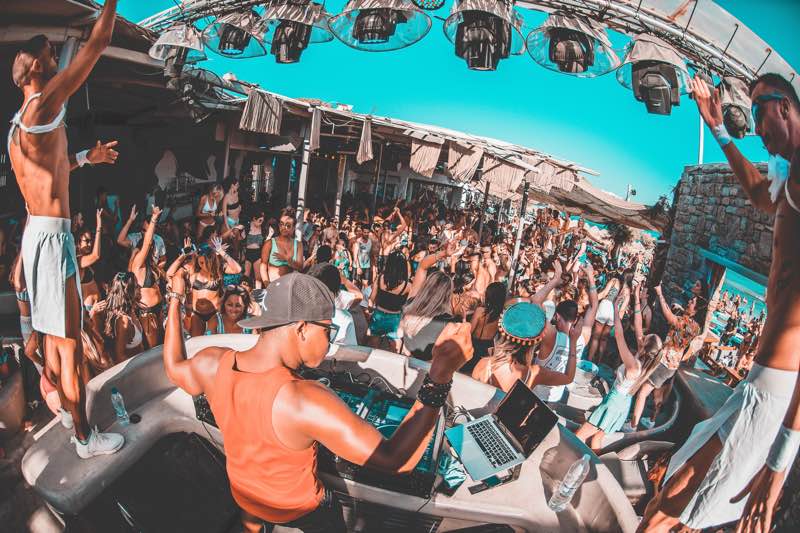 By Car or Motorbike

Renting a motorbike or a car is the way to go if you want to explore the rest of the island, especially the more remote beaches at the north coast. If you rent a car be aware that cars are not permitted in the town of Mykonos. There are parking areas on the outskirts of town, but during peak season finding a parking space is usually a challenge. You can always try the huge public parking area next to the old port. Renting a bike might be a better choice, as bikes are cheap to rent and you can park them almost anywhere.

The most efficient way to book your car is online, so check our prices and compare. We offer the lowest car rental deals!

There is a bus network that takes you around the island, starting from two bus stations in Mykonos Town. From the main southern bus station, Fabrica, buses can be taken for departures to Platys Gialos, Paraga, Paradise, Ornos and Agios Ioannis. There are also night buses to Platys Gialos and Paradise. From the northern bus station, buses can be taken for departures to Ano Mera, Elia and Kalafatis. Bus tickets can be bought from the driver and in advance from bus ticket vending machines, kiosks, mini-markets and tourist shops.

There are only about 30 taxis on the island, which means that depending on taxis for transport can be an exercise of great patience. In Mykonos Town the main location for taxis is in Manto Square, on the harbour. You have to wait in line and sometimes you can wait for hours in the taxi queue. In the evening it can be very difficult to find a taxi. Taxis do not use meters, but there’s a notice board giving rates for each destination. Fares are quite reasonable. Calling for a radio taxi costs €1.30 extra, and an appointment €5.00 in addition to the fare. Contact telephone numbers are 22400 and 23700.

Taxis at the airport are usually waiting at the taxi rank opposite the terminal building. If there is no taxi waiting, you can see the sign with the phone numbers of the taxi radio office, so you may call. A taxi from Mykonos airport to town costs about €8.00, a few euros more if you are carrying luggage.

Compare airfares from 728 airlines and hundreds of travel sites

From the Greek mainland ferries and high speed catamaran services run daily from Piraeus and Rafina. The highspeeds take half the time but cost twice as much. The journey between the port of Piraeus, in Athens, and Mykonos takes between 3h 30 min and 5h 15 min, depending on the type of ferry you are taking. On a slow ferry a seat in economy class will cost €32.00 and on a highspeed service expect to pay €54.50.

The journey between Rafina and Mykonos takes between 2h 10 min and 5h 30 min, depending on the type of ferry you are taking. On a regular ferry expect to pay €23.50 per person for a seat in economy class and on a high speed catamaran service expect to pay €52.50.

Mykonos can also be reached directly from other islands in the Cyclades. There are boat connections more than once per day from Syros, Andros, Tinos and Paros, Naxos, Ios, Santorini and Crete. There is also a daily overnight ferry, the Nissos Mykonos, from Samos and Ikaria. There are less frequent boat connections from Serifos, Sifnos, Kimolos, Milos, Folegandros, Sikinos, Thirassia and Anafi.

You can book your tickets online from the links below:
Hellenic Seaways
Seajets
Blue Star Ferries

Keep in mind that if you book your ticket online, you will still need to collect the ticket from the company’s ticket office at the port of your departure. 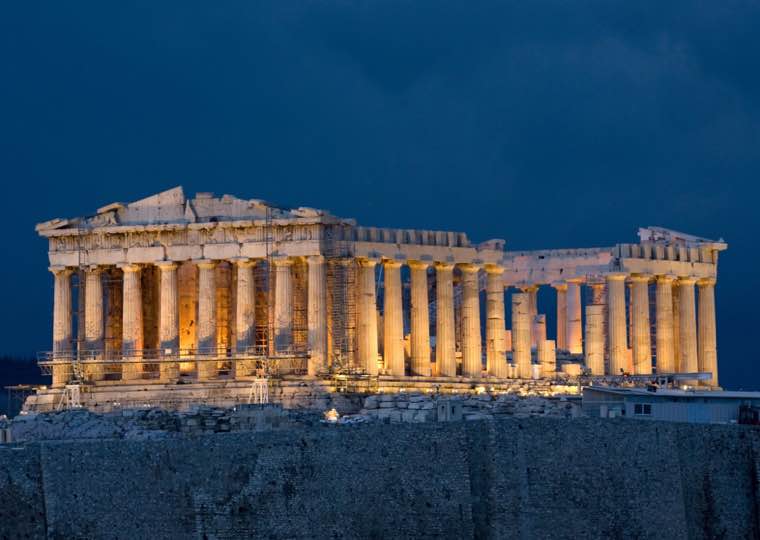 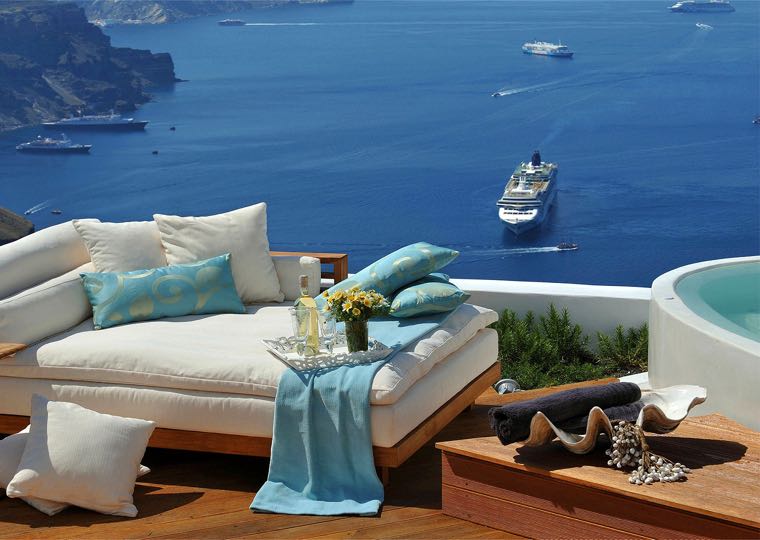