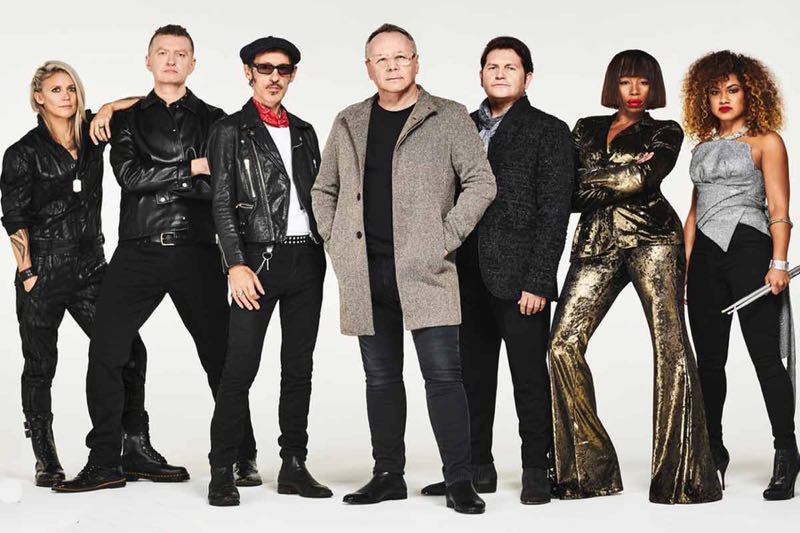 Simple Minds celebrate 40 iconic years in music by embarking upon a major world tour, the “40 Years Of Hits” Tour, with over 80 shows across more than 20 countries including a homecoming show at Glasgow’s SSE Hydro. Originally planning to hit the road in 2020 with their 40 Years Of Hits Tour, the band announced rescheduled dates for 2022, along with open-air performances as part of Nocturne Live and Edinburgh Summer Sessions.

Simple Minds are one of the UK’s most successful bands, having achieved five No.1 albums and eight Top 10 singles at home, as well as landing numerous chart-topping positions around the world. In addition to selling over 60 million albums, they’ve packed the world’s biggest venues and played momentous shows including the American leg of Live Aid in 1985 and the Nelson Mandela tribute concert in 1988.

Formed in Glasgow in 1977 by vocalist Jim Kerr and guitarist Charlie Burchill, Simple Minds have experienced a remarkable journey since releasing their debut album Life In A Day in early 1979, with their second album Real To Real Cacophony following just seven months later.

Constantly evolving and experimenting with their sound, Simple Minds recorded six studio albums in the ’80s. Their 1981 double LP, Sons And Fascination and Sister Feelings Call, expanded their audience internationally thanks to Love Song, an ode to the close bond between Europe and America, which was also their first single to enter the UK Top 50.

But Simple Minds’ sixth, more rock-oriented record, 1984’s Sparkle In The Rain, really propelled them into the limelight. Peaking at No.1 on the UK albums chart, it featured the singles Up On The Catwalk, Speed Your Love To Me and Waterfront and opened doors to sharing stages with contemporaries such as U2. Later that year, Simple Minds broke the US market with the massive single Don’t You (Forget About Me) taken from the John Hughes movie The Breakfast Club.

Simple Minds ended the ’80s as a world famous act, known for their stirring choruses and atmospheric sound and entered the ’90s in demand as a live act. Their 1991 record Real Life hit No.2 and spawned four Top 40 singles in the UK. However, as the years passed, line-up changes took their toll and Simple Minds took a couple of short-lived hiatuses.

Creatively, the juices started flowing again in the ’00s. On 2001’s Neon Lights, Simple Minds covered songs by some of their musical heroes, including David Bowie, Kraftwerk and Roxy Music, while the albums Black & White 050505 in 2005 and Graffiti Soul in 2008 both offered homage to Nelson Mandela. Simple Minds also undertook several European and world tours, coinciding with the 2012 releases of their 5×5 Live album and Celebrate: The Greatest Hits+ compilation.

Re-invigorated and resurgent, by the time 2014’s Big Music album came out, Simple Minds were once again firing on all cylinders.

In 2016, Simple Minds released their first acoustic collection. Called simply Acoustic, it continued the band’s artistic experimentation with stripped down and re-imagined tracks spanning their eclectic career. That spring they took home an Ivor Novello Award for Outstanding Song Collection.

During the next two years, Simple Minds played over 150 shows around the world, including their biggest ever American tour, a 31-date trek that took them coast to coast.

Walk Between Worlds, released in late 2018, hit the UK charts at No.4, representing their highest position in 23 years.

In 2019, Simple Minds marked their 40th anniversary with the release of a career-spanning compilation, 40: The Best Of 1979-2019. In addition to early fan favourites and their era-defining hits, the collection also contained the new track For One Night Only, a cover of King Creosote’s euphoric celebration of weekend revelry. 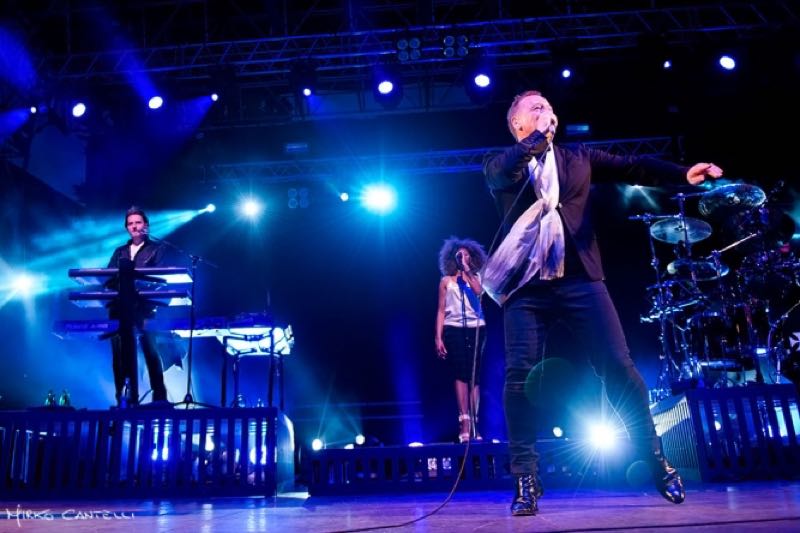 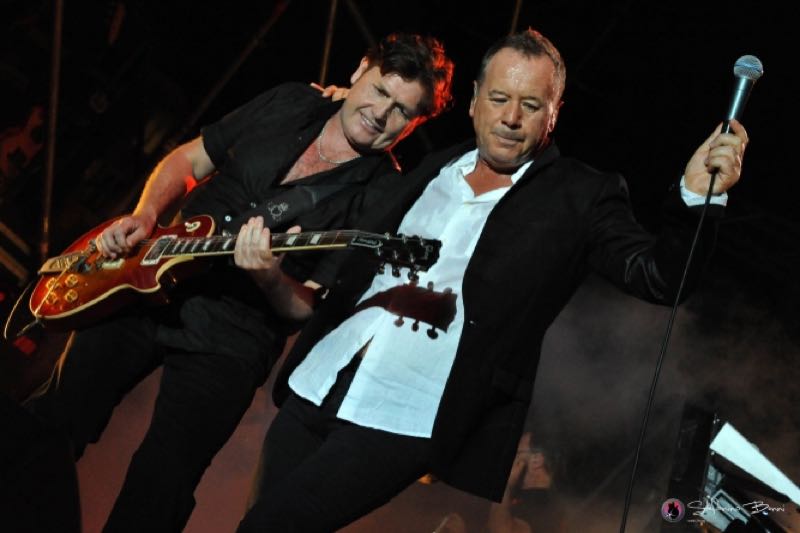 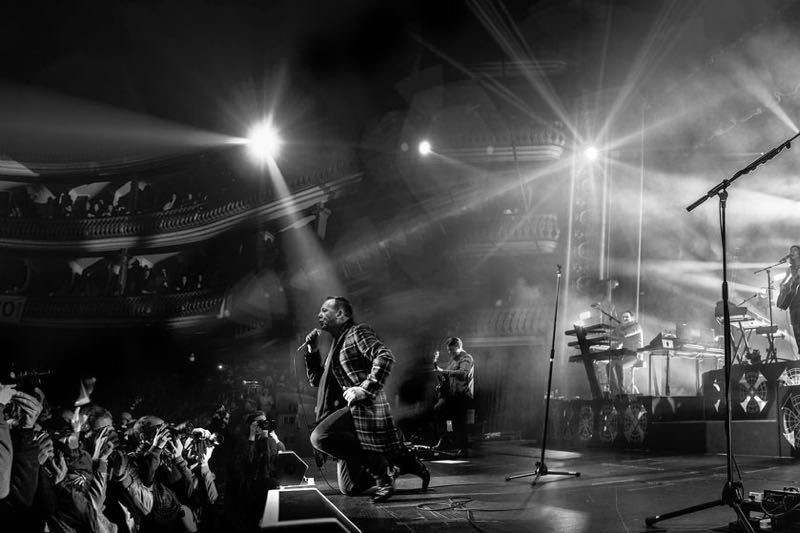