Combining elements of both East and West this is a town of complex character and hidden appeal. The dark, negative images of yesteryear no longer apply as the city moves boldly forward – dynamic and developing. Changes have been meteoric, and the city now hums with energy and optimism. Whether you are here to explore the cobbled streets of the Old Town, enjoy world-class dining, or lose yourself in some of Europe’s best bars, you’ll hardly be disappointed by all that modern Warsaw has to offer. Warsaw’s a brilliant destination for a city break with its vibrant culture, thriving music scene, and an extensive collection of fascinating museums. 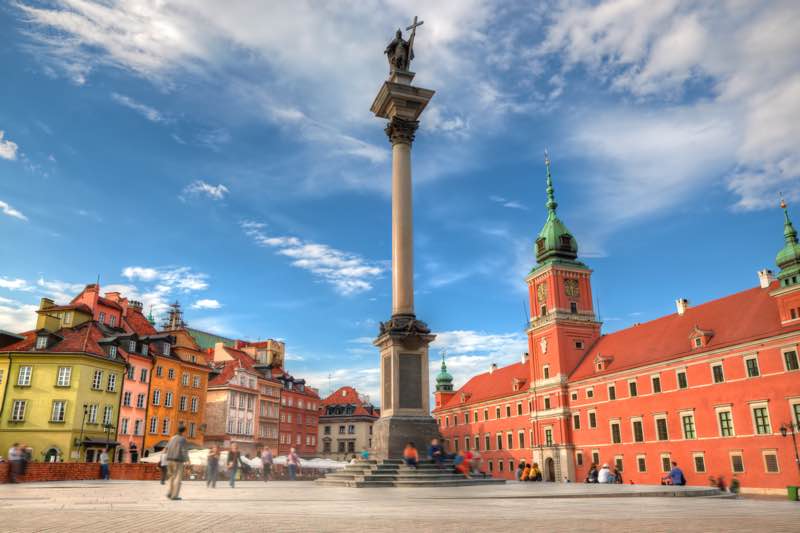 Best time to visit Warsaw is summer, when the city is packed with outdoor activities and various open-air festivals.

If you prefer mild weather and temperatures and are not a keen fan of busy streets, then consider visiting in May or September. Temperatures are superb, eventhough you may always come across some rain.

During winter, Warsaw hosts chilly temperatures, but you can enjoy remarkable restaurants and even lower hotel deals.

Warsaw is one of the cheapest capitals in the European Union. You can find cheap hotels everywhere around the city, with a wide selection from hostels to elegant boutique hotels. Warsaw offers all you could wish for from a capital city, yet is a lot cheaper than most of the other European capitals. This means whatever you want from your city break, you’ll find it in Warsaw and you’ll find it at a great price.

Book your stay in Warsaw using the map below or visit booking.com

Things to do in Warsaw

Nowhere bore the brunt of the Nazi malice more than the Old Town, an area included on UNESCO World Heritage List, and it’s here that you may want to start your tour of the city. The city’s defining landmark is definitely the fearsome Palace of Culture and Science, commissioned by Stalin as a ‘gift from the Soviet people with an astonishing height of 231 meters.

There is far more to Warsaw than its Old Town however, and one museum that demands to be visited is the Warsaw Uprising Museum. Across the river the Praga suburb is undergoing a long due revival, and its growing reputation as an artistic haven is evident in the cafes that have sprung up along the pre-war Zabkowska street.

Book Tours and Activities in Warsaw via Getyourguide below: