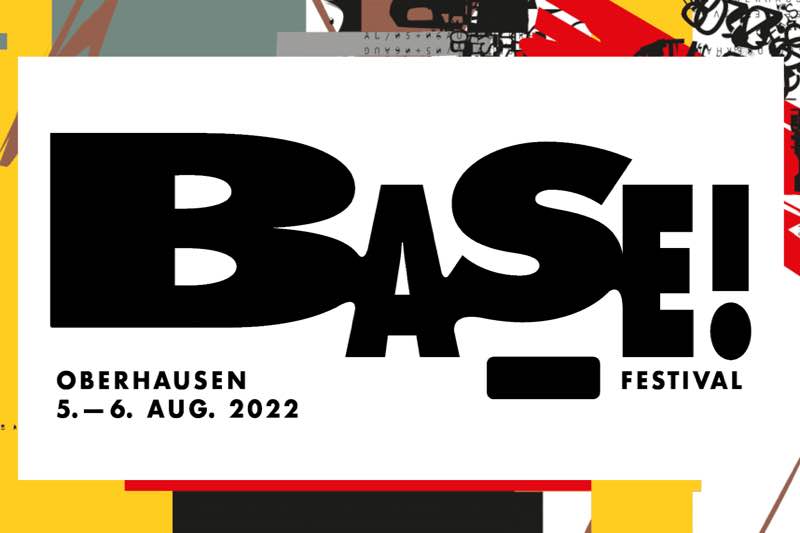 BASE Festival 2022 was cancelled due to unforeseen production difficulties. All tickets purchased in advance will be refunded directly from the official ticketing partners. You can read the official festival statement here

BASE Festival an open-air hip-hop festival, that premieres on 5th and 6th August 2022 in Oberhausen’s Rudolf Weber-ARENA, with two stages and 25 live acts, from the biggest stars of the scene to the hottest underground New Wave acts.

An inner-city festival landscape for 25,000 visitors is being created in the area in and around the Rudolf Weber-ARENA, which is both a cultural meeting place and a safe space for all participants. Between the BASE Stage in the outdoor area, and the ABOVEGROUND Stage in the arena, the audience is spread over an area of ​​over 20,000 square meters. Food courts, bars and chill areas invite you to hang out and party between shows.

The headliners for the first edition of BASE Festival have already been confirmed and are impressive. On Friday, the two German rap megastars RAF Camora and Bonez MC will crown the line-up at the BASE stage, with their own solo shows. Saturday’s headliner slot is occupied by diamond rapper Apache 207, who sold out his first indoor tour last year in seconds. On the same day, Yung Hurn is also placed at the top of the program. Furthermore, appearances by Pajel, Viko63 & Penglord, LIZ and Paula Hartmann have already been confirmed.

Next to the BASE Stage as the main stage, the ABOVEGROUND Stage acts as a hotspot for the future of German rap, from fresh next-gen acts, to other protagonists of the current New Wave. The perfect mix of turn-up and vibes in a unique setting.

BASE! Festival
via Ticketmaster

The city of Oberhausen offers a wide range of accommodation options. Book your stay for BASE Festival using the map below or visit booking.com

Oberhausen is well connected in Germany and is close to the nearby cities of Essen and Dortmund. You can take the Verbundraum VRR Bus line from either Oberhausen Hbf, Essen Hbf und Dortmund Hbf to the festival and the bus fare is included with your festival ticket.